Today we had our school assembly and this time it was led by our senior school students who are known as Te Ako Kahikatea. In the New Zealand native forest Kahikatea is the giant of the forest and with the status of being named after the giants of the forest there is also the expectation that our senior students will step up as Kaitiaki and spread their branches and leaves to lead and protect all the other seedlings growing beneath.

I was there in assembly as usual. I was excited and proud for our Travelwise team because today our principal Dr Wendy Kofoed was presenting us with our school’s silver Travelwise status from Auckland Transport. I am the teacher who works with the Travelwise team. This year the team have really stepped up activities and efforts for our school.

I sat in assembly and spotted my big sister and was feeling worried because I care for my aging parents and wondered if all was ok at my house. Assembly began and I focused back on the what was happening.

First Te Ako Kahikatea shared their learning and explained the process of their discovery Friday. As usual I thought I need to be recording this but have been trying to step back and let the team leaders take up more responsibility of sharing their team and their students learning via their team blogs and sites. The rest of assembly unfolded and we listened to achievements and notices.

Next Te Ako Kahikatea received their principal’s award. I love this part of the assembly because its like mini celebrations of learning for students from the teams. 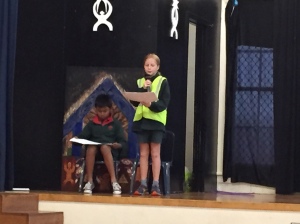 After that the  assembly came to a conclusion but before then our lead student commentators said they wanted to call up an amazing teacher who deserved the honour of a mention for all that they do for our school. They played a video and it was me. Many children from the team that I taught, teach and work with shared little snippets about why they thought I deserved this recognition. This part was totally not part of our usual assembly.

I sat right up the front in shock and felt overwhelmed by emotions such as incredible pride at hearing them speak so clearly. Some of my bilingual

students spoke and  I wiped away tears of joy and was called up to receive a massive bunch of flowers and presented with a red pandanus necklace known as an ula fala which I associate with our Samoan leaders or matai. I was also given a leadership badge and gift that the students work towards and my Travelwsie team had created an amazing card for me.

I stood there listening as some of our teachers spoke too about how I have guided and supported them in their practice. Some from my Travelwise team led our school song and I joined them.

Finally I thanked everyone for the honour bestowed on me, made mention of my big sister and took the opportunity of highlighting our Samoan language week that is celebrated next week.

I believe it is important to be transparent as a teacher, thinker and learner so that children can see your progress. I thought about my Samoan culture and what my grandmother Matalaoa used to say to me, ‘E iloa le tagata i ana tu ma aga’ which means people know you by your actions. I am often asked what is my role at Newmarket School and I often reply jokingly, ‘You do not see what I do but if I was not here the school would fall down.’ At the same time I know that if I was not there and the school did fall down then I have not achieved my ongoing goal of growing others as teacher leaders.

So if you are visiting my reflective blog and were involved in today, thank you, thank you, thank you. I can’t wait to share the children’s video because it shows how awesome their collaborative skills are developing. I can’t believe how they were able to keep it such a secret from me.

Where to next, like Kahikatea we all need mentors and leaders who guide us. We all need feedback about what we do to help with the running of our schools. We must continue to take time to acknowledge each other whether its via words and actions or words on a blog post or tweet.

Update: my #WELS15 friend Jon wrote this fabulous piece and I have added the link here because he writes with clarity and has included references  I have added his twitter here too. @jca_1975. 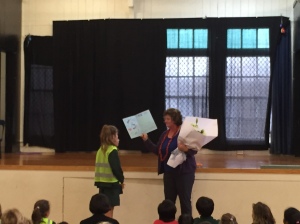 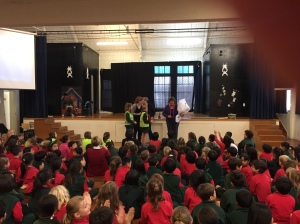 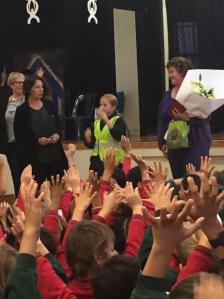 2 thoughts on “Teachers as Visible Learners”